If a criminal investigation has been initiated against you on suspicion of document forgery in Germany, you should consult an experienced lawyer for German criminal law as soon as possible. This applies all the more to document forgery offences, as the police clearance rate is above average compared to other offences. The punishability of document forgery results from § 267 German Criminal Code. According to § 267, paragraph 1, German Criminal Code, anyone who produces a false document, falsifies a genuine document or uses a false or falsified document in order to deceive legal transactions commits forgery. Even the attempt to forge a document is punishable. The German criminal law provision serves the security and reliability of legal transactions with documents.

At Schlun & Elseven Rechtsanwälte, we provide comprehensive guidance and support in cases of document forgery in Germany. Contact us now by phone at +49 241 4757140, by email at info@se-legal.de or by using our contact form below. Our criminal lawyers look forward to working with you.

Content show
Legal Definition of a Document under German Law
Special Features to Consider when Classifying a Document as a Forgery
The Creation of a Non-Genuine Document
Falsification of a Genuine Document and Use of a False or Falsified Document
Particularly Serious Case of Forgery
What is the Penalty for Forgery of Documents?
Practice Group for German Criminal Law
Legal Advice and Representation in German Criminal Law
Contact a Criminal Lawyer in Germany
Locations
Google Rating
4.8
Based on 448 reviews

We provide our clients with expert criminal law representation and advice.

Legal Definition of a Document under German Law

According to case law, a document is any embodied human declaration of thought that is suitable and intended for use as evidence in legal transactions, and that identifies its maker. Classic examples of documents are certificates, contracts and identity cards. What is particularly important is its evidentiary function in legal transactions.

In other words, there must be a human declaration that is typically linked to a physical object. Indeed, a document does not necessarily have to be made in paper form. However, it is not sufficient if a document can only be viewed on a screen. It is not relevant whether the document is actually described as a document.

Furthermore, it does not have to be a written document, but so-called evidence drawings are also covered. These are evidentiary declarations of thought that are embodied in symbols or signs. These include, for example, vehicle registration plates or the TÜV (technical inspection association) inspection sticker. Even the strokes on a beer mat made by the waiter for the drinks consumed by the guest can constitute a document. This example shows that it is not always easy to see whether one is liable to prosecution for document forgery in Germany by a certain act. An experienced criminal lawyer can help you with the classification.

Special Features to Consider when Classifying a Document as a Forgery

In the case of a compound document, the tangible declaration of ideas is firmly connected to a reference object to form a unit of evidence. This includes, for example, the vehicle registration number, which only constitutes a document in conjunction with the stamp of the registration office and the corresponding vehicle. It contains the declaration that the vehicle in question is registered for public traffic for a certain owner.

If a document is reproduced in any way, the reproductions may also be viewed as official documents. Thus, copies of a document themselves have the quality of a document because they are intended to take the place of the original in legal transactions with the same evidentiary significance. The same applies to copies if they are to take the place of the original. On the other hand, simple transcripts, photocopies, e-mail printouts or faxes are generally not documents. A certified copy does not constitute a document either. The certification merely confirms that there is an original that corresponds to the copy. It should be noted, however, that the certification mark itself constitutes a document.

The Creation of a Non-Genuine Document

According to § 267, para 1 German Criminal Code, there are three different forms of the offence of forgery of a document. Accordingly, a person is guilty of forgery if they produce a false document for the purpose of deceiving legal transactions. A document is false if it does not originate from the person who appears from it as the issuer. The decisive factor is whether there is a deception of identity. This is the case if a false impression is created as to who issued the document.

However, the use of another person’s name does not necessarily constitute the creation of a false document. It is not a forgery of a document if the actual issuer is effectively represented by another person when signing the document. For this to be the case, the signatory must be legally authorised to represent the bearer of the name and must also want to represent them. In addition, the bearer of the name must want to be represented at all.

The use of a pseudonym or alias is also possible, since a mere deception of the name is not covered by § 267 German Criminal Code. This is the case if the author of the document is identified in general or in the specific case in such a way that there is no doubt as to who they are.

In addition to the production of a false document, the falsification of a genuine document is also punishable. A genuine document is falsified if the conceptual or intellectual content of the original document is subsequently changed. In the case of a compound document, this can be done by changing the reference object of the declaration of thought. For example, this is the case if the registration number of a motor vehicle is replaced by that of another vehicle.

Finally, anyone who uses a forged or falsified document is liable to prosecution. This means that the document is made accessible to the intended victim in such a way that they may be deceived in how they perceive the document. This can be done, for example, by presenting, handing over or depositing the document. It does not matter whether the document is actually taken into account.

According to § 267, para 3 German Criminal Code, a particularly serious case of document forgery in Germany generally exists if the offender:

What is the Penalty for Forgery of Documents?

Forgery of documents is punishable by a fine or imprisonment of up to five years (§ 267 (2) StGB). The circumstances of the individual case are decisive for the sentencing. For example, whether it is a first offender or a repeat offender and whether a confession has been made need to be considered. In addition, the damage caused is relevant and whether reparations have been made.

If it is a particularly serious case of forgery of documents, the range of punishment is six months to ten years imprisonment (§ 267, para 3, sentence 1 German Criminal Code).

Anyone who commits document forgery on a commercial basis as a member of a gang which has joined forces for the continued commission of offences under §§ 263 to 264or 267 to 269 German Criminal Code is generally liable to a custodial sentence of one year to ten years (§ 267 (4) German Criminal Code). In less serious cases, the range of punishment is six months to five years.

If a prison sentence of more than three months or a fine of more than 90 daily rates is imposed, an entry will be made in the police record. 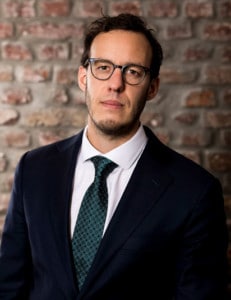 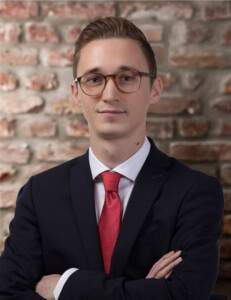 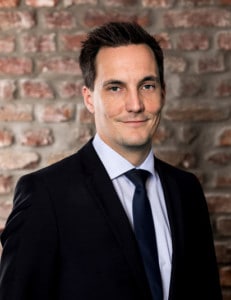 If you are accused of document forgery in Germany, our criminal law team will be happy to provide you with legal advice and representation. The sooner you contact an experienced legal advisor, the better your chances of a criminal defence. An effective and skilful defence strategy can lead to a reduced sentence or even a dismissal of the case. At Schlun & Elseven Rechtsanwälte, our criminal law team includes our specialist in the field Mr. Philipp Busse. We advise clients worldwide on matters of document forgery in Germany and other criminal law issues.

We will be happy to answer any questions you may have on the subject of document forgery. With offices in Cologne, Düsseldorf and Aachen as well as conference rooms in Berlin, Frankfurt, Munich, Stuttgart and Hamburg, we are available to our clients nationwide. Contact us today by phone at +49 241 4757140, by email at info@se-legal.de or by using the contact form below. Our lawyers look forward to working with you.

Please use the form to inform us about your concerns regarding document forgery in Germany. After receiving your request, we will make a short preliminary assessment based on the information provided and give you a cost estimation. You are then free to decide whether you want to instruct our criminal law attorneys.