You are here: Home » German Immigration Lawyer for Private & Business Clients » Working in Germany after Brexit

With the UK’s long-planned and now completed withdrawal from the European Union (Brexit), British nationals working in Germany face some unanswered questions. Similarly, those British nationals who wish to work in Germany after Brexit also have many concerns. These relate primarily to the withdrawal agreement’s effects on existing residence rights, which regularly also permitted gainful employment until the withdrawal. In addition, it must be clarified under which conditions British employees will be allowed to enter Germany for gainful employment after 31 December 2020. This is relevant for the companies providing employment and particularly for the individuals concerned concerning the structure of their future employment.

With the UK’s long-planned and now completed withdrawal from the European Union (Brexit), British nationals working in Germany face some unanswered questions. Similarly, those British nationals who wish to work in Germany after Brexit also have many concerns. These relate primarily to the withdrawal agreement’s effects on existing residence rights, which regularly also permitted gainful employment until the withdrawal. In addition, it must be clarified under which conditions British employees will be allowed to enter Germany for gainful employment after 31 December 2020. This is relevant for the companies providing employment and particularly for the individuals concerned concerning the structure of their future employment.

We at Schlun & Elseven Rechtsanwälte PartG mbB would like to offer you legal support for your questions regarding work permits after Brexit already with this article. For personal representation or further questions, don’t hesitate to get in touch with us directly. We can advise you on-site at our offices in Aachen, Cologne and Düsseldorf as well as nationwide with the help of our conference rooms in Berlin, Hamburg, Munich, Stuttgart and Frankfurt. Clear communication with our clients is essential to us, which is why we offer our services in English and several other languages.

Schlun & Elseven Rechtsanwälte
4.8
Yuxuan Y.
10:50 29 Jan 23
I am here for help with my student visa. For some reason the foreigner office has refused to grant me a visa extension and has given me a deadline to leave the country. Mr. Christos Sotiri and Mr. Muratovic in the Schlun & Elseven Lawyers helped me to draft the documents and contact with the foreigners office with high professionality and efficiency. I'm glad that the things go well, and I'm very pleased with their help!
Syed Kamran S.
10:50 04 Jan 23
Had an issue of Mistaken Identity and faced Visa Issue. S & E sorted it very professionally and swiftly.Highly Recommend their legal services
Christopher S.
04:41 08 Dec 22
Daniel Schewior was a great help for taking me step by step through an application for German citizenship by descent. He explained clearly the documentation needed at every step of the way and set up a successful application and appointment at the German consulate for me. The whole process took around one year, but most of that was due to delays with document requests with various governments. Daniel's work and responses were always prompt.
Andie P.
18:24 29 Nov 22
Daniel Schewior was very helpful after my initial zoom meeting. He provided an efficient, professional and knowledgable service.He kept me informed at every step of the process. I would recommend his services in obtaining citizenship.
Paul S.
16:05 29 Nov 22
I couldn’t be more pleased with the assistance I received from Schlun & Elseven. Over the past 18 months they helped me obtain first a Blaue Karte and then later a Niederlassungserlaubnis, making the process smooth and predictable. All communication was friendly, timely, and stress-free. I wholeheartedly recommend them for any immigration legal needs.
See all reviews

At Schlun & Elseven we will oversee all of the legal requirements.

However, it was additionally agreed in the withdrawal agreement that the already acquired rights of British nationals living within Germany would be protected for life. This means that they will continue their work, studies or everyday life regardless of Brexit. To obtain existing or new work permits, close attention should therefore be paid to the withdrawal agreement’s provisions.

In overview, the following should be noted for British employees:

For further questions and assistance, please contact us personally. With our lawyers for residence and immigration law, qualified legal representation is available to clarify all of Brexit’s uncertainties.

Preservation of Existing Rights through the Withdrawal Agreement

British employees covered by the Withdrawal Agreement are entitled to continue working in Germany even without the corresponding document. In principle, the following requirements apply:

If you meet these requirements as a British employee, you can invoke the continuation of your previously existing right to freedom of movement. The withdrawal agreement also secures this right after the Brexit transition phase from 1 January 2021.

The following rights of British workers in Germany are set out in Art. 24 of the Withdrawal Agreement:

For further information, please refer to the information page on the right of residence of British nationals. For an individual assessment, please contact our lawyers for residence and immigration law directly

Cross-Border Commuters and Work in Germany after Brexit

British nationals who are not resident in Germany on 31 December 2020, but who work there as employees (or also as civil servants) and are not merely posted to provide a service for a foreign employer, fall under the term “cross-border commuters”. Cross-border workers’ rights correspond to those already mentioned for workers with the right of residence and are also protected by the withdrawal agreement. This means that they continue to have the right to work in Germany without residing there. This also applies to self-employed persons established in Germany.

An employed cross-border worker retains these rights under the provisions of the Withdrawal Agreement even if the following circumstances occur:

It is essential for British nationals who wish to invoke the cross-border commuter scheme to note that a special permit must be obtained for this purpose from the Foreigners’ Office or local immigration authority responsible for their place of work.

In particular, British nationals who have been posted to Germany by a British company to provide services must be prepared for extraordinary changes to their employment residence rights. If these posted service providers reside in Germany but are not otherwise entitled to Freedom of Movement, they are generally not covered by the withdrawal agreement and cannot claim residence rights and work permits as a result. Until 31 March 2021, they can still reside in Germany and carry out their previous activities. But if the posted service providers want to live in Germany after this date, they must apply for a residence permit per German residence and immigration law at the competent foreigners’ authority. Such a residence permit requires further green cards to entitle the holder to stay in Germany and be applied for in Germany.

In addition to this principle, there are rights under the withdrawal agreement for posted service providers residing in Germany by way of exception if:

Another way to improve posted service providers’ position concerning work permits and residence rights is to relocate the employer’s company to the EU. If the posting company is based in another EU member state, posted British nationals can invoke Vander-Elst permit and continue working in Germany. Our lawyers provide comprehensive support and legal assistance in this process for company law. Here you can already get an overview of what companies need to consider for a possible relocation.

The UK’s completed exit from the EU means that British nationals wishing to work in Germany for the first time from 1 January 2021 will no longer be able to invoke the Freedom of Movement for workers under Article 45 TFEU. This means that British nationals, as well as other third-country nationals, will need a residence title to take up employment in Germany. In order to be able to apply for one in Germany, German law generally requires the existence of a visa.

To find out about any exceptions to this visa requirement, please contact our lawyers in residence and immigration law.

The requirements for a residence title entitling to gainful employment often depend on the individual case. Relevant points of examination are, for example:

Overall, the procedure for applying for a residence permit with authorisation to work requires advance planning and organisation. In particular, any existing different reasons for residence must be discussed and weighed up. For example, whether an application for an EU Blue Card can be considered. Our lawyers for residence and immigration law will accompany and represent you in this procedure and work out the best possible solution for your residence and work permit. 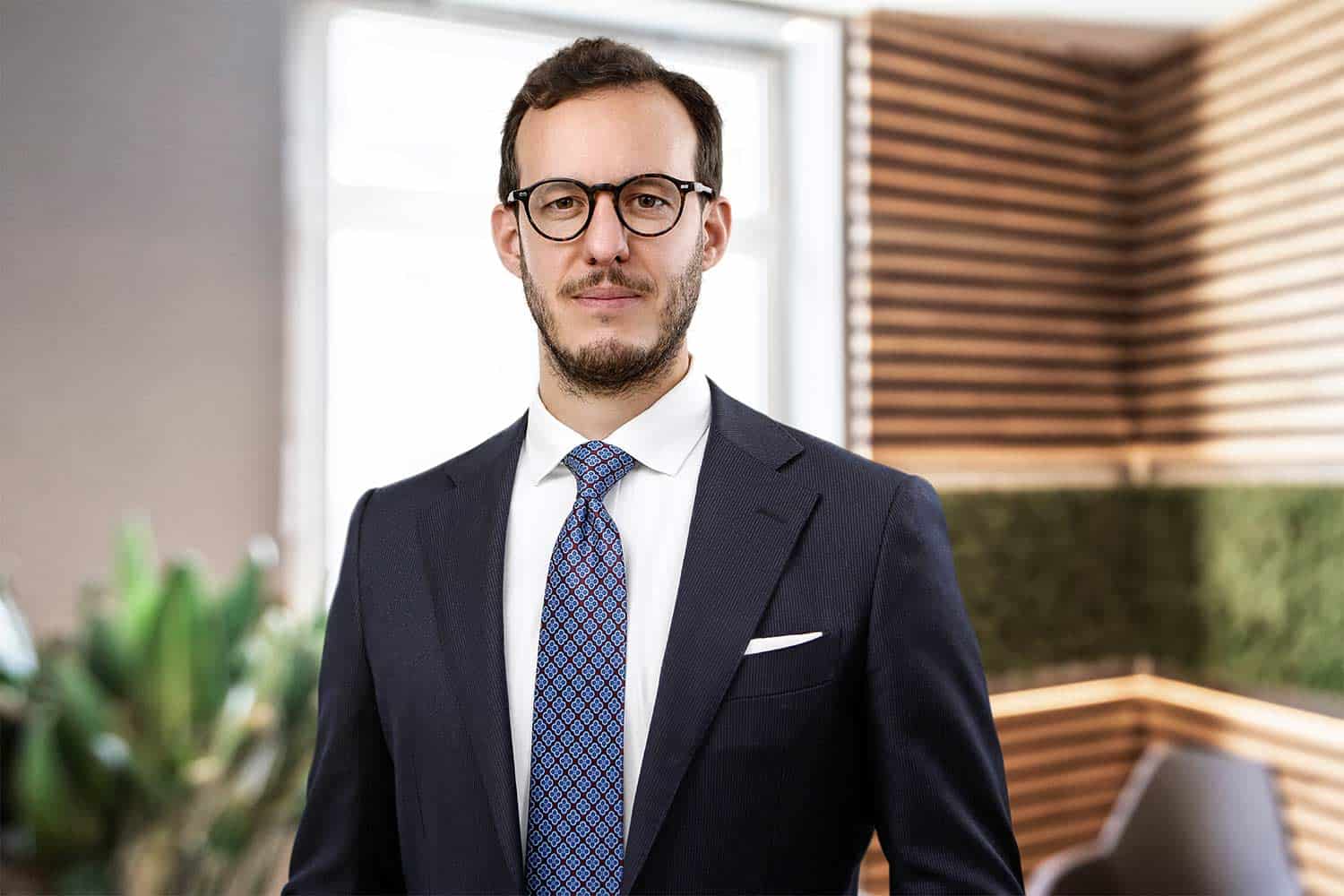 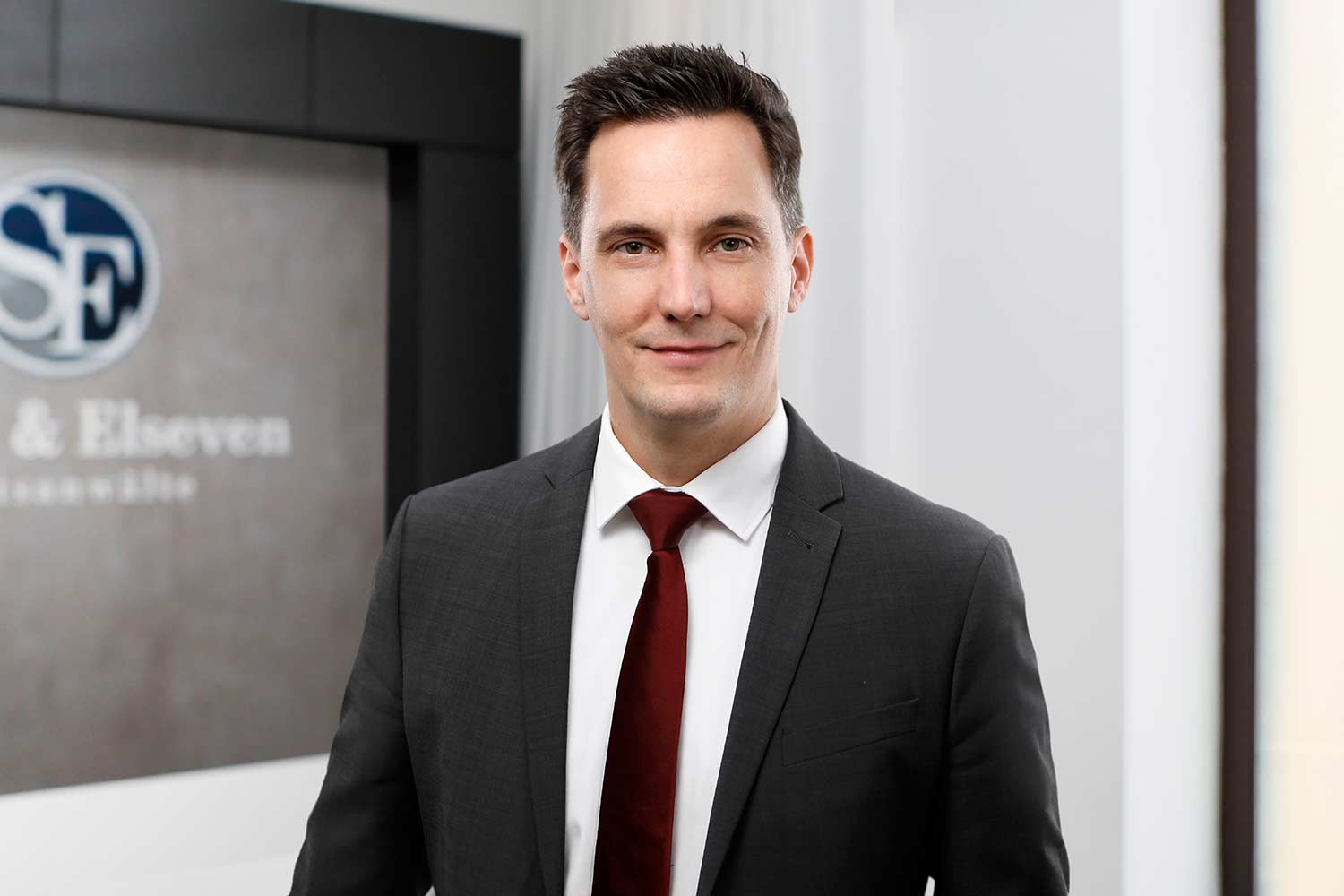 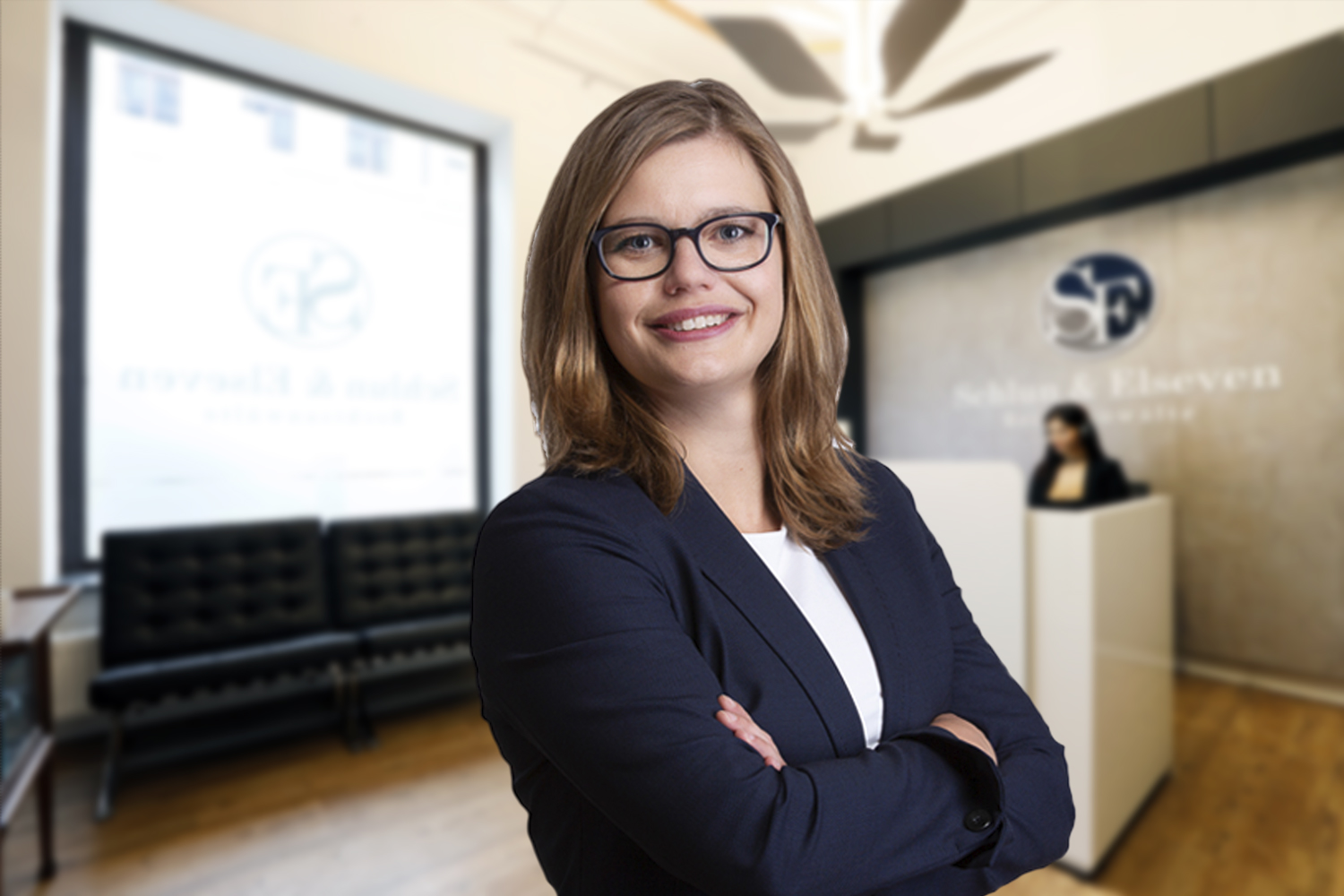 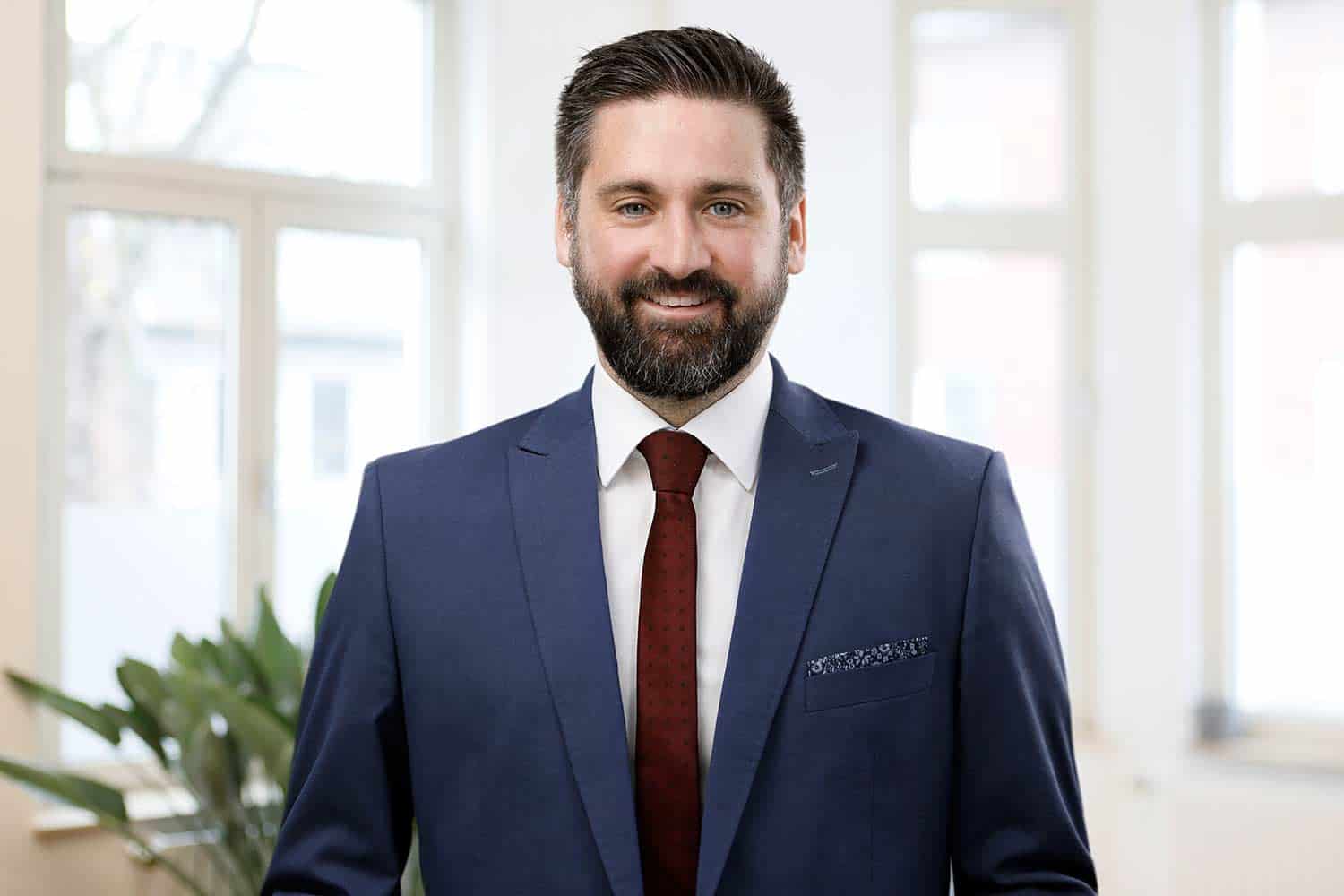 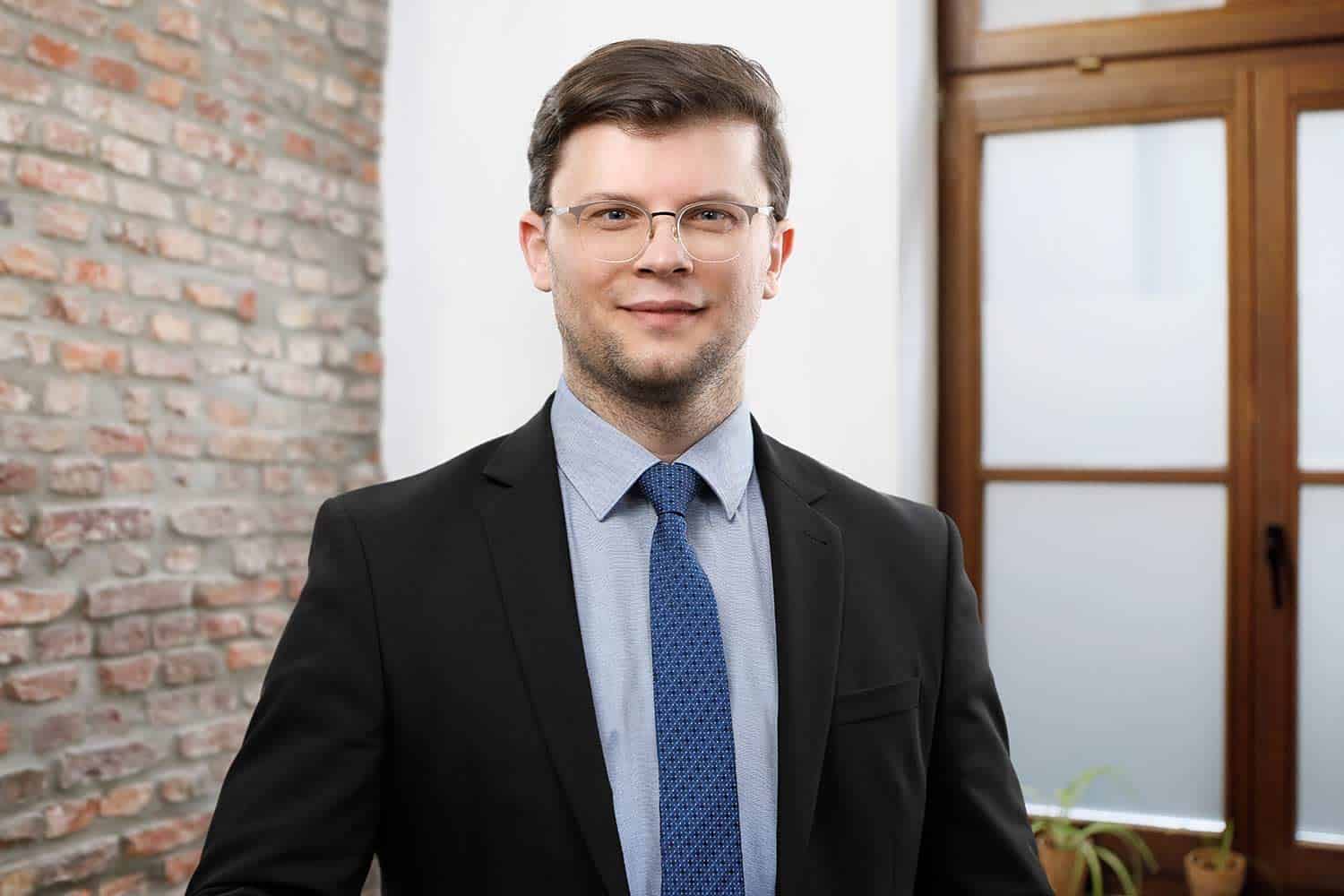 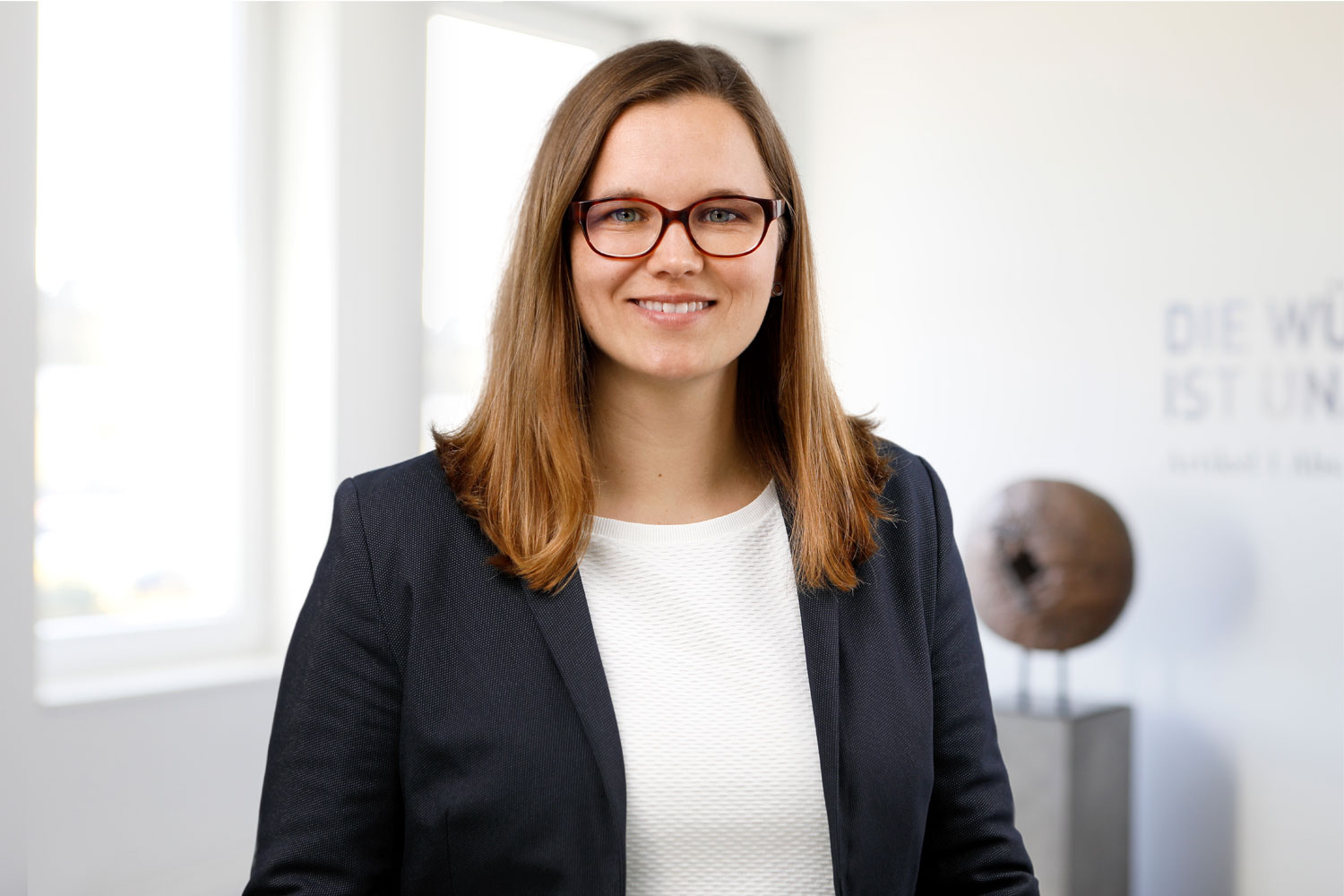 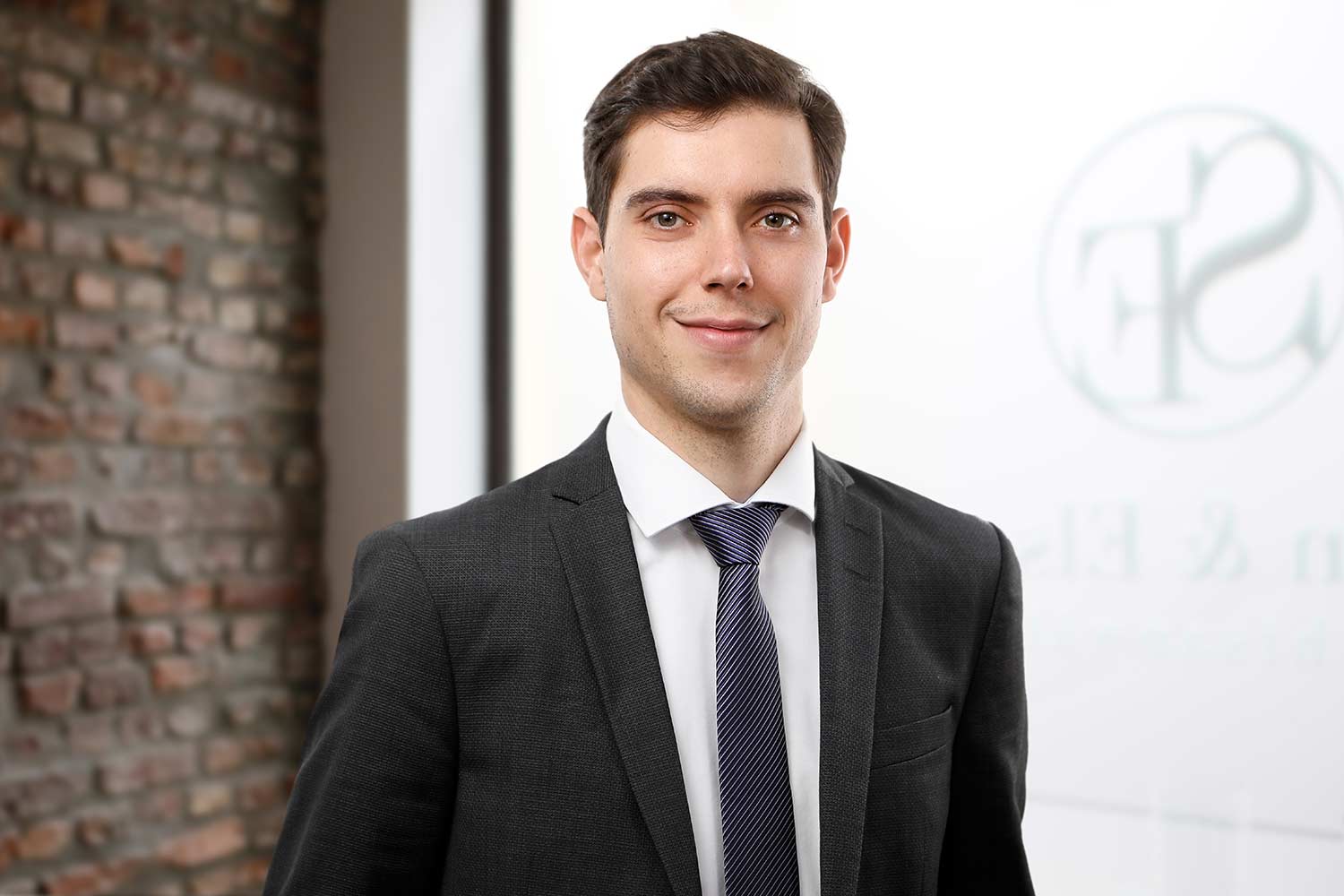 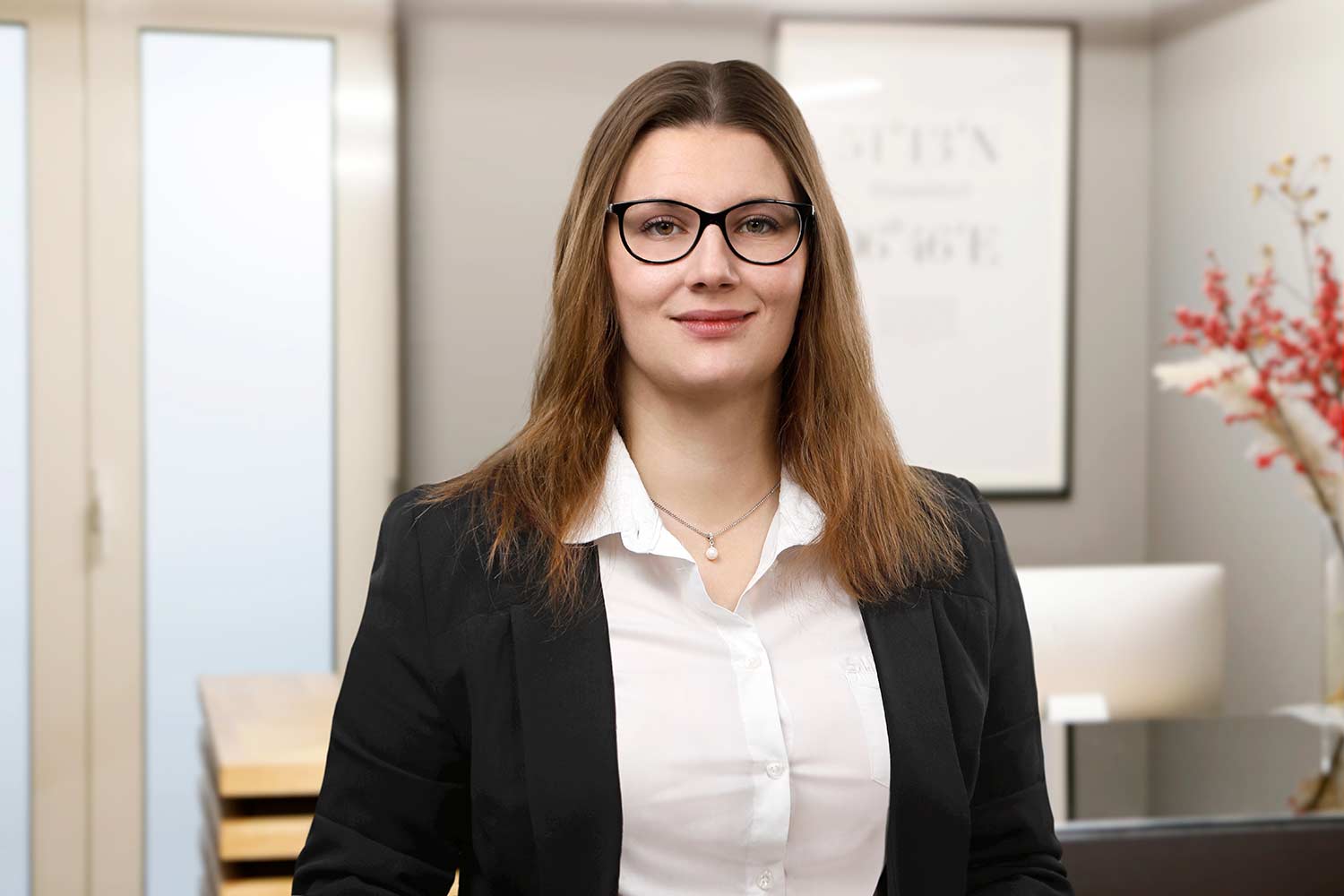 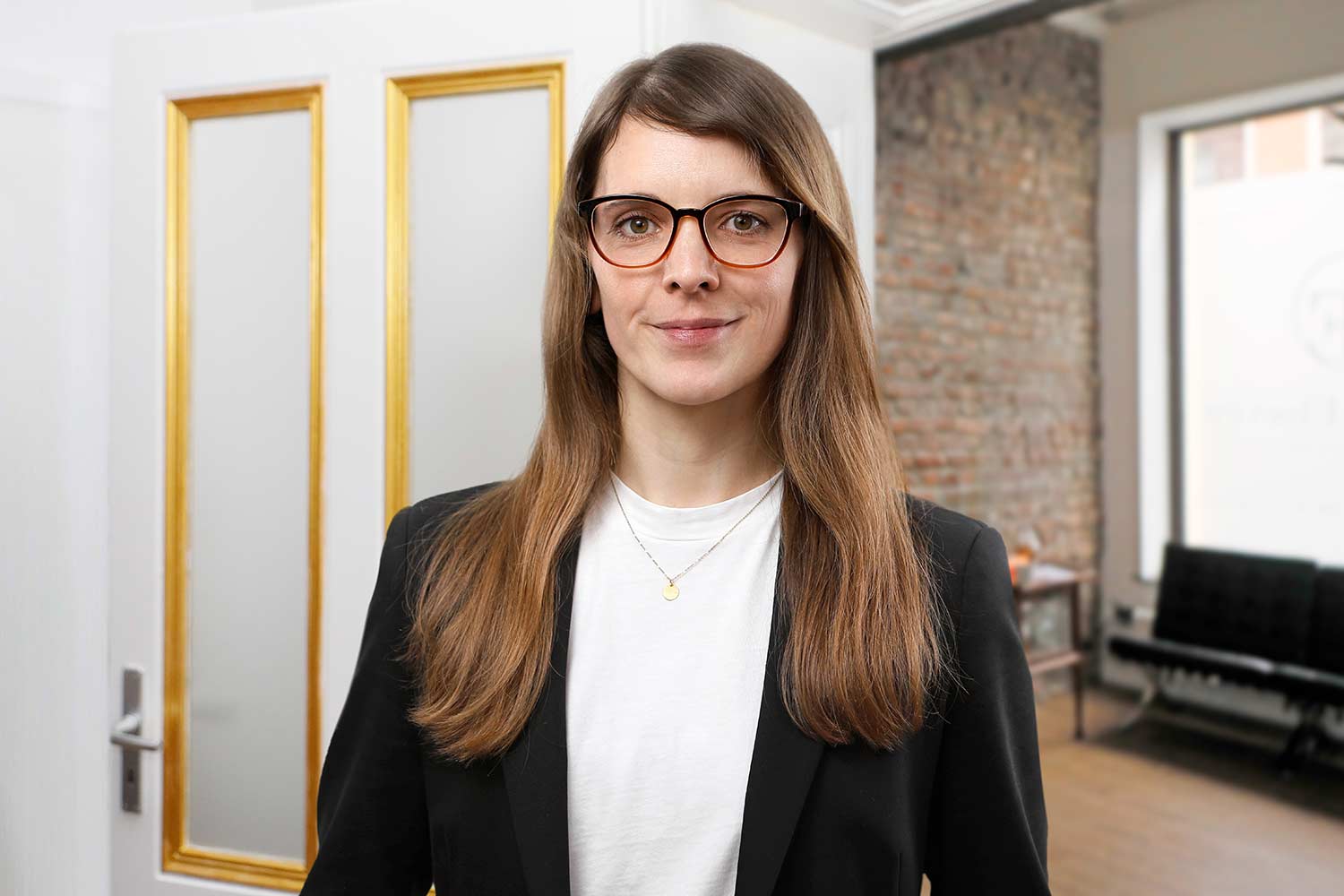 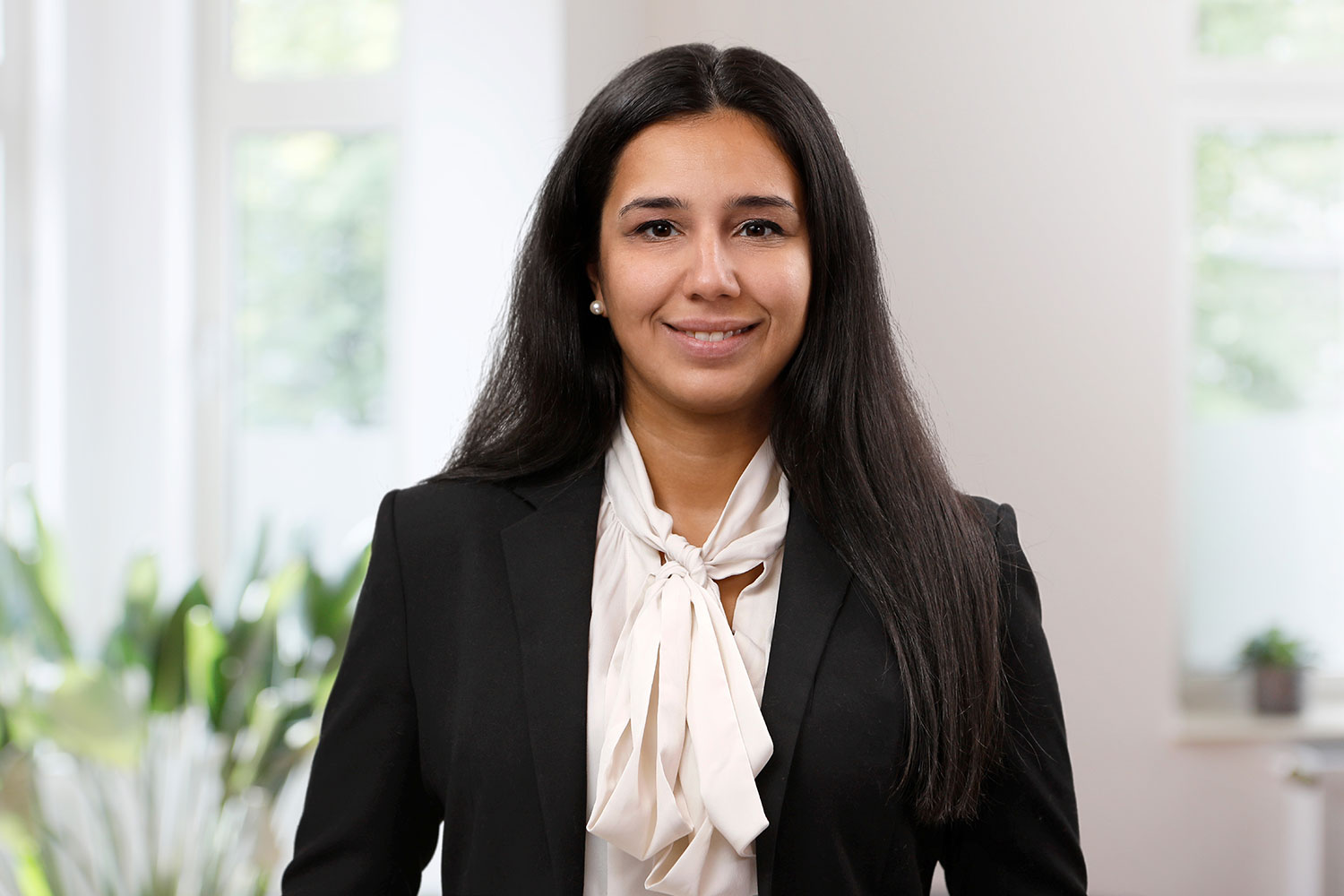 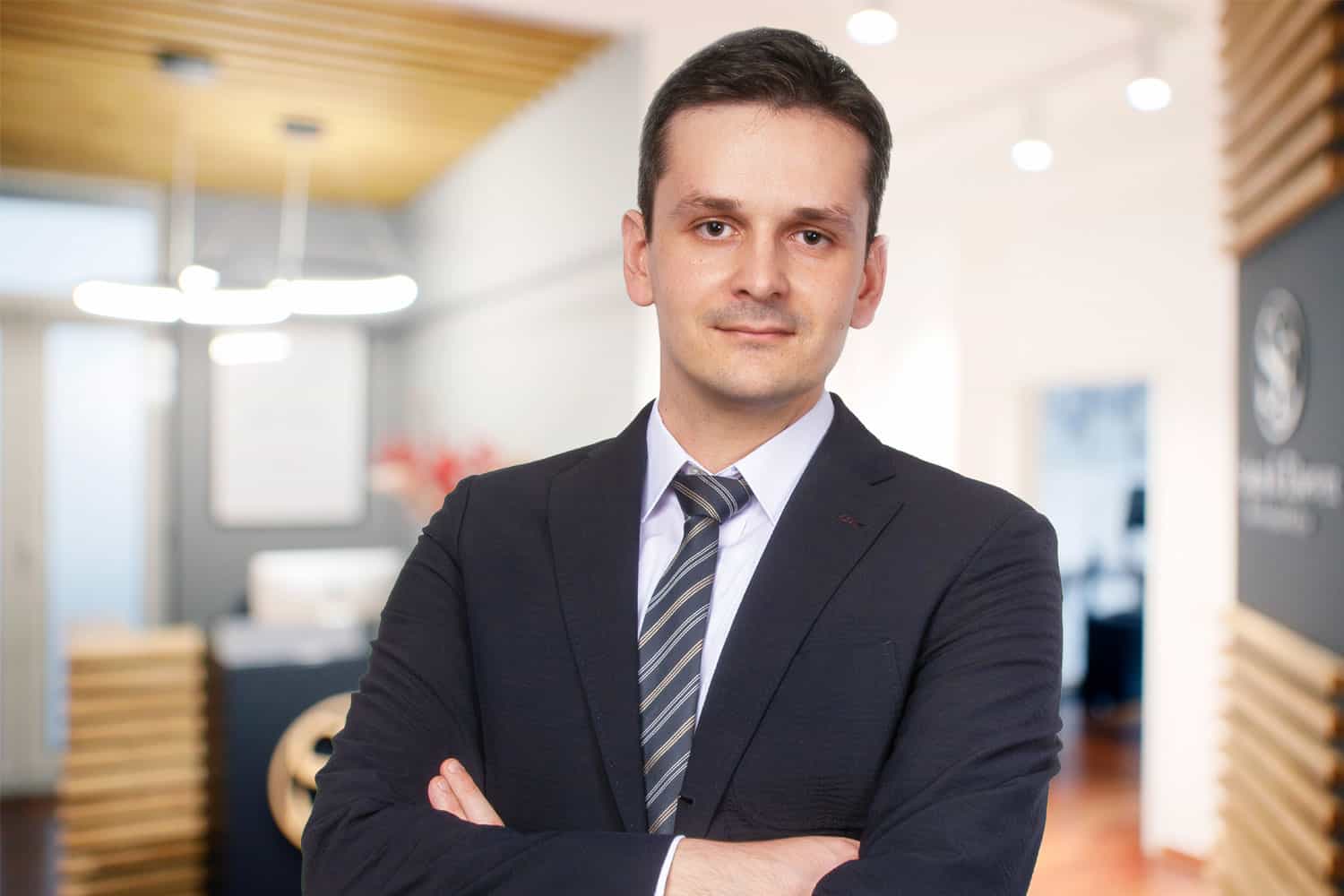 Contact a German Lawyer for Immigration and Brexit Issues

Use the contact form to tell us about your concerns in the field of German immigration law post-Brexit, especially if you require a German Work Permit after Brexit. After receiving your request, we will make a short preliminary assessment on the basis of the information provided and give you a cost estimation. You are then free to decide whether you want to instruct us.