As the world gets more connected, the number of marriages and cohabitations involving partners from different nationalities is growing. It is a natural occurrence when people find themselves based abroad for reasons relating to work and study (among other reasons). In turn, this has resulted in more children being born from such multinational partnerships. This growth has had the side-effect of disputes between partners concerning the custody of their children in the event of separations. As a consequence of the partners coming from different national backgrounds, there can be major difficulties in accessing the children. These cases can be difficult, and in turn, some have led to legal disputes relating to international child abduction.

At Schlun & Elseven, our lawyers are here to assist. As a multidisciplinary firm, our attorneys bring our knowledge of immigration law into play alongside their family law knowledge. In turn, this will ensure that our clients receive comprehensive counsel. This page will outline who we are and the law in Germany relating to international child abduction. Furthermore, we will outline some prominent cases on this topic to illustrate decisions that have arisen in this area. However, if you want a more personalised service, please contact us directly using the contact details below.

When it comes to international child abduction cases, the central source of international regulation on the issue is derived from The Hague Convention on the Civil Aspects of International Child Abduction. Germany is a member of the Hague Convention as are over eighty other countries. The other members include all the EU members, the USA, Russia, China and many others. The Hague Convention outlines the meaning of child abduction and states that it aims to swiftly return children who have been removed from a contracting state. Emphasis is placed on the need to respect the contracting states’ legal parameters when it comes to the issue of child custody.

Here are some other points to be aware of when it comes to the Hague Convention:

For more information on Germany’s central authority, here is a link to the German Federal Office of Justice.

Article 19 of the Convention outlines that an International Child Abduction case does not concern itself with deciding who should have custody of the child. If the parties wish to dispute the current state of custody, they should consider a case-specific to that area. Please consult our page on the topic or contact our legal team directly for more information on child custody. In other words, cases in this area are decided on the factual issue of who has custody at the time of the case and not on who “should” have custody of the child. Bear this in mind when considering an action that involves bringing a child out of the jurisdiction.

In cases concerning EU member states there has been further legal developments in the form of the Brussels II a-Regulation. This Regulation ensures that all member states are on the same page legally when it comes to international child abduction cases. For example the Regulation states that decisions made in this area will be uniformly recognised by the courts of the member states unless there are valid reasons not to (in accordance with Article 23).

Essentially this piece of legislation reinforces much of the law in the Hague Convention and reinforces the requirement that these cases be swiftly resolved to ensure the child is immediately brought back. The Regulation further states that the case’s procedure will follow that of the legal procedure of the member state in question. With this in mind, it is beneficial to avail of legal assistance from the jurisdiction in question. So if your situation involves Germany make sure to contact our office directly!

The Law: Cases Involving Countries Outside the Hague Convention

Whereas cases involving Germany and EU states as well as those in the Hague Convention can be relatively straightforward it is cases involving involving other countries where major difficulties lie. This may mean where a child was brought from Germany to a country that is not part of the Hague Convention (for example Nigeria or Afghanistan) that the situation is more difficult. In this case it is strongly advised to avail of legal assistance as they will be able to assist you in working out an appropriate course of action. Having reliable and competent legal counsel to rely on can make a huge difference. With such cooperation it will be more straightforward when it comes to knowing who to contact and how to resolve the issue in a more favourable manner. In such cases it is worth bearing in mind that the law and culture may be completely different to German law. However, availing of help will ensure you not face these challenges alone.

Should you avail of our services our lawyers will represent you both inside and out of court. We are aware that resolving the issues outside of the courtroom can be best for all involved in such cases. We will aim to achieve this should it be deemed the best course of action. However, should the issue reach the courtroom it is worthwhile knowing the precedent involved in such cases.

For example, in a recent decision by the Oberlandesgericht (the Higher Regional Court) of Celle – a city in the German state of Niedersachsen (Lower Saxony) – a case was brought before the court concerning an abduction from the USA to Germany (case file number: 18 UF 171/11). In this case, the mother brought the child in question to Germany. The mother was a German-American citizen, while the father was an American citizen. This action was agreed upon with the child’s father for a period stretching from summer 2010 until the beginning of 2012. However, the mother did not return with the child following the end of this timeframe. As a German-American citizen, they wished to remain in Germany with the child arguing that the child was now settled in Germany. However, the court did not allow for this argument in this case as a means of breaching the agreement reached the custodial guardians of the child.

Another argument brought forward by the mother was that ruling that the child should return to the USA would mean they would be separated from their mother. The court also rejected this as they ruled that the mother was not prevented from returning to the USA with the child. The child was returned to the USA. The spokesperson for the court Dr Götz Wettich stated that the father’s rights were “the same as the mother” and that permitting such child abduction to continue would constitute “a form of vigilante justice.” 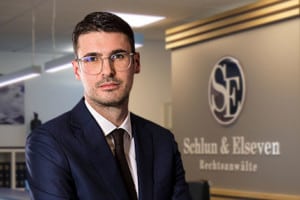 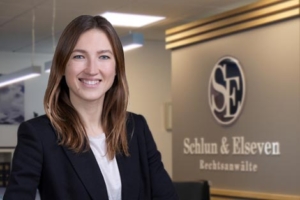 German Lawyers in the Field of International Child Abduction

Our family law team is widely knowledgeable in the area of family law. On this page, we provided a basic outline of what constitutes international child abduction but if you require specialised guidance please contact us directly. With offices in Cologne, Düsseldorf and Aachen and conference rooms in Berlin, Frankfurt, Munich, Hamburg and Stuttgart our lawyers are available at your convenience.

Our firm also appreciates the value of communication and because of this, we can offer our services in a range of languages including English and German. Our lawyers provide comprehensive assistance when it comes to breaking down the law, communicating the issues in an understandable manner and in providing excellent support both inside and out of court. If you are looking for assistance in the field of international child abduction or in German family law in general, make sure to contact Schlun & Elseven Rechtsanwälte.

Please use the contact form to inform us about German family law and concerns around international child abduction issues. After receiving your request, we will make a short preliminary assessment on the basis of the information provided and give you a cost estimation. You are then free to decide whether you want to instruct our family law team..