The Prenuptial Agreement in Germany

This page will outline the basic information regarding prenuptial agreements in German law. It will provide answers relating to issues concerning the following:

Of course, for more personalised information and help in drafting a prenuptial agreement make sure to contact our Family Law team.

When it comes to prenuptial agreements we are here to help

Schlun & Elseven will provide you with comprehensive legal guidance and advice

1. What is the Legal Basis for Prenuptial Agreements?

Prenuptial agreements are legislated for under §1408 of the German Civil Code (Bürgerliches Gesetzbuch – BGB). It outlines that the agreement can be signed before the marriage or during the course of the marriage. Although there is no set model provided for, as prenuptial agreements are individual in content, §1410 BGB does specify that the agreement has to be signed, with both parties present, in the presence of a notary for it to be deemed legally binding. As will be outlined later, not all prenuptial – even when signed by both parties – will be held as legally binding in court. Availing of legal assistance in the drafting of a prenuptial agreement is not a necessity but is recommended to ensure that what is outlined in the contract is what the parties have agreed to. Furthermore, where a prenuptial agreement involves ambiguity, inherent unfairness and lack of clarity in different areas it can be challenged in court. Therefore, availing of our legal assistance will ensure that your prenuptial agreement legallyoutlines your exact requirements.

2. What Can be Covered by a Prenuptial Agreement?

Property is another area covered by prenuptial agreements. It may suit the parties to decide on a contractual basis how the property (or properties) will be divided following a divorce. By doing so the couple may once again prevent complicated and unsatisfactory results arising from court proceedings. A prenuptial agreement would be able to outline which of the partners would continue living in the marital home and whether the other partner would keep any other properties available to the couple. Moreover, issues around tax payments, mortgage payments etc. could also be resolved by such a contractual agreement.

Above all it is worth bearing in mind that prenuptial agreements are set by the individual couple. There is no set template outlining what has to be covered in them. For this reason it is worth discussing the issue in depth as a couple to decide what you believe is worth considering in such an event.

3. Who Should Consider Availing of a Prenuptial Agreement?

Obviously one does not wish to think about divorce in the lead up to or at the beginning of a marriage. However, this may the right time to get one to ensure that the divisions made are in the best interests of both parties. Coming up with a fair prenuptial agreement while times are good may help prevent potentially damaging court proceedings in the future.

As much as they are valuable for all married couples, prenuptial agreements are vital for couples in which one of the partners is an entrepreneur or self-employed. Without an agreement the business created by the entrepreneur may experience huge difficulties due to the division of assets post-divorce. This is due to the fact that in Germany the assets obtained during the course of a marriage are seen as the accrued gains of the spouses and thus will be divided equally in the event of a marriage ending. §1363 BGB outlines this requirement and states that this is the statutory requirement in the event of there not being an agreement.

Couples involving foreign nationals based in Germany should also consider prenuptial agreements. This is to ensure that both parties are familiar with what is involved with marriages and divorces in German law. By availing of an agreement, with the guidance of a German lawyer, they will be prepared for whatever the future brings.

4. What are the Benefits of a Prenuptial Agreement?

In general, a prenuptial agreement provides couples with control over what may come to pass. It is not the most pleasant of topics to think about, especially when a marriage is going well, but it should be seen as an insurance policy. Creating a fair prenuptial agreement will help to alleviate the risk of bitter and messy divorce proceedings. Through using a legal expert with knowledge in the area, and with careful consideration and open communication, spouses should be able to formulate a contract that is acceptable for both parties.

5. When is a Prenuptial Agreement not Valid?

6. Is it Possible to Make Changes/Adjustments to the Agreement?

When it comes to prenuptial agreements it is possible to make adjustments and changes. As life situations change so can the deemed requirements within a contract. Changes may be considered when the personal situations within a marriage has changed for example in terms of the spouses’ earnings or working situations. The step to make adjustments should, however, not be pursued unilaterally. Making changes should instead only be considered when both partners are on the same wavelength. Opening up a prenuptial agreement to changes and adjustment can be a burdensome endeavour. Once again, availing of the services of a notary and legal assistance will ensure that everything regarding changes will remain legally valid and suitable to the aims of the partners. 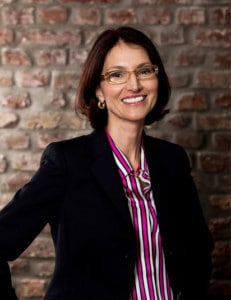 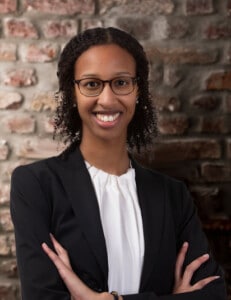 Contact our Practice Group for Family Law and Prenuptial Agreements

German Lawyers in the Field of Family Law

Prenuptial agreements are personal for the individual circumstances behind them. Availing of legal assistance in drafting the agreement can ensure that it satisfies each partners and follows the correct requirements. At Schlun & Elseven, our Family Law team is led by our leading family lawyer Kerstin Wolters. Our lawyers are widely knowledgeable in the area of family law and have experience in cases involving child support, child custody, divorce as well as in prenuptial agreements. Through contacting us directly, our lawyers can provide the counsel, assistance and guidance you need in drafting your prenuptial agreement. With offices in Cologne, Düsseldorf and Aachen and conference rooms in Berlin, Frankfurt, Munich, Hamburg and Stuttgart our lawyers are available at your convenience.

Moreover, our firm appreciates the value of communication and because of this we can offer our services in a range of languages such as English, French, Spanish, Russian, Turkish and Portuguese as well as German. Our lawyers provide comprehensive assistance when it comes to breaking down the law, communicating the issues in an understandable manner and in providing excellent support both inside and out of court. If you are looking for assistance in the field of prenuptial agreements, or on other legal issues, make sure to contact Schlun & Elseven using the contact details below this article.

Use our form below to set out your questions on and issues regarding prenuptial agreements as in Germany. After receipt of your enquiry, we will give you a brief preliminary estimate on the basis of the facts as explained by you, and will send you a quotation. You can then decide whether or not you want to instruct us in your case.